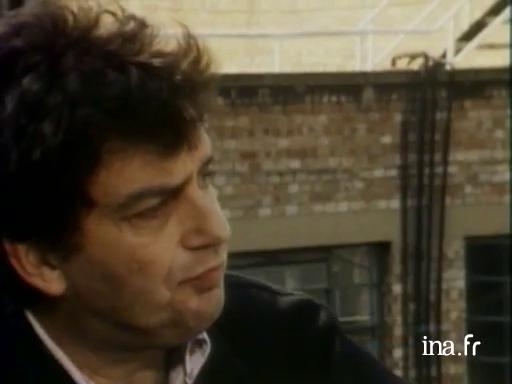 Interview with a British director Stephen Frears, who just finished editing his new film Dangerous Liaisons. The director talks about this project, which fits in with what he had done before, meaning films with a "social" background, set in contemporary England (My Beautiful Laundrette). He also speaks more generally about the way he directs a film.

England's Stephen Frears, born in 1941, had a healthy television career as well as two feature-length films - slick tributes to the thriller genre - under his belt when television films made him a leader of 1980s "new British cinema". My Beautiful Laundrette was screened in theatres in 1985 and was the first part of a remarkable trilogy, along with Prick Up Your Ears (1987) and Sammy and Rosie Get Laid (1987).

Frears then chose to commit himself to social realism. He greatly surprised everyone when he turned to directing international films that went on to be very successful, such as Dangerous Liaisons, a literary adaptation in costumes (1988), The Grifters (1990) and Hero (1992). The rest of his career showed his amazing ability to alternate ambitious Hollywood projects (Mary Reilly in 1996, The Hi-Lo Country in 1998) with more modest film endeavours that met with much success in Britain (The Snapper in 1994, The Van in 1996, The Queen in 2006).

Stephen Frears, the author of My Beautiful Launderette, of Prick Up Your Ears and of Sammy and Rosie, is the most dynamic, the most original of today's English filmmakers. In each of his films, as in his films for television, he directs a caustic and angry eye on English society.
(Silence)

Last week in London, he finished his shooting of Dangerous Liaisons, which was shot this summer in France with Glenn Close et John Malkovich.
(Silence)

Two days later, Frears was leaving for Los Angeles for a preview of his movie. A triumphal acclaim, with an eye for the Oscars, the distributors decide to release it before the end of the year.
(Silence)

For Frears, everything is going rather fast. Dangerous Liaisons, costume drama based on the Laclos novel, gives a serious acceleration to Frears' work. Change of scenery this time, neither homosexual nor Pakistani.

Exactly. No Pakistanis nor homosexuals! It's terrible! What I enjoyed is no longer speaking of England. Not even seeing the streets.

Is the budget for the film sufficient, or over-large...?

If we want to do a movie on the Old Regime, we need a colossal Budget! There is no more expensive project!

After that, will you be able to shoot 'small' films?

How do you work on set, do you do a number of things?

well, I have the tendency to... I continue until the actor is good. I sense how a scene ought to be played. I have to drive the actors crazy... Because I am incessantly comparing them with an imaginary model. But that way, in my films, they are always good. John Malkovich would have done take after take! I had to tell him to stop. We add things as we go along. We make different plans for constructing a set. The editing therefore becomes much more pleasant. At the beginning of my career, during the editing, I would try to make everything work as I had not made the decisions during the shoots. Now I decide what the scene must be like, and we shoot it. In the beginning, I wouldn't film certain things. If a guy was brandishing a gun, I wouldn't show the gun. I was afraid of expressing that. Even the idea of expressing something had me completely strangled. And without the gun, people don't understand. He has a gun! Where? We can't see it! I am sure that many directors have deliberately omitted certain things out of inability, fear, or for us English, due to a repressive education. But you overcome this fear. The scene deals with this, so let's film it! And not ten other things. And in my opinion that is a great progress.