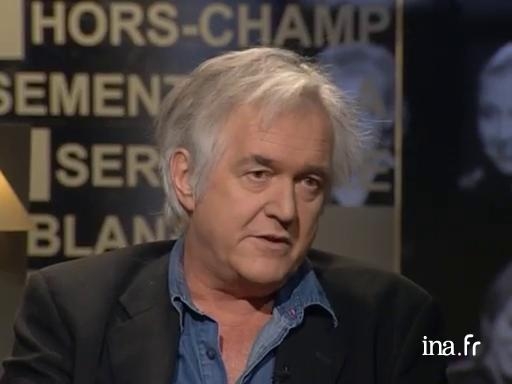 Conversation with Swedish writer Henning Mankell, famous for the police series featuring detective Kurt Wallander. He explains that he lives in Africa in order to be more objective about Europe and to better understand what it means to be European.

The renowned Kurt Wallander police novel series, just one facet of the literary work of the Swede Henning Mankell (1948). Drawn by the theatre, this son-in-law of Ingmar Bergman has been one after another an actor, producer and director of a stage in Scania before writing his first pieces in the 1970s.

A former Maoist, his first novels, at that time, reflected his political engagement by dealing with Swedish working class movements and imperialism in Africa, the continent that would always intrigue him. After trips to Zambia and Guinea, he founded the troupe Teatro Avenida in Maputo in 1995, the only professional one in Mozambique.

Living between this country and Sweden since 1985, in 1991 he published Faceless Killers, the first of nine novels that would tell of Superintendent Kurt Wallander in the town of Ystad. The critique of the Swedish social model, centred around the question of racism in this first novel, was later toned down, but Mankell, having become one of the most read novelists in the world, would continue to be the spokesman and lawyer for Africa, for which he tirelessly reminds of Europe's responsibility. In 2002 in Before the Frost, Kurt Wallander let his daughter, Linda, to take over, putting a final point on the famous series.

I sincerely believe that I understood very early, as a young novelist, that I needed to take some distance in relation to Europe in order to se things more clearly. To know the world I was living in, understand to moment I lived, understand the thoughts of others. And so I needed to know that the European point of view is merely one among many, which is the reason why I decided to observe another point of view, to live another point of view. It is true that I will die a European, no matter how much time I spend in Africa, my language is European, I am European, my traditions are European, yet Africa allowed me to see more clearly what it means to be European. For example, today, I also see more clearly that the European system, the political system, the democratic system, even if it is fragile, it is the best. And I am not certain to have seen that without this perspective that travel outside of Europe has given me. Therefore in Africa, I learned things about the human being, more things about the human being...