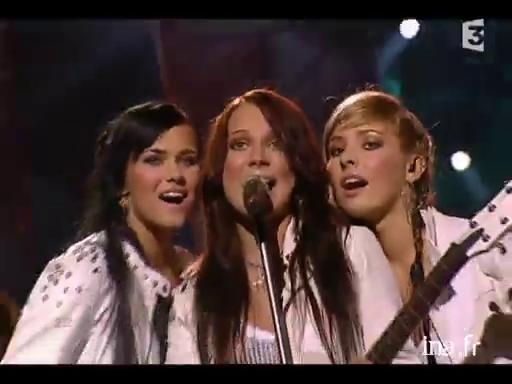 Representing Switzerland in the 50th Eurovision contest in key, the group Vanilla Ninja, made up of four Estonian singers perform in English, Cool Vibes.

A girl band from Estonia founded in 2002 by the producer Sven Löhmus, who had the idea to bring together the two existing groups (Maarja Kivi and Lenna Kuurmaa on one side, Piret Jarvis and Katrin Siska on the other) Vanilla Ninja first became known in their country by participating in Eurolaul 2003 (the selection process for the Eurovision Song contest) then by selling over 300,000 copies of their first record.

Under the direction of the producer David Brandes the group Vanilla Ninja accumulated successful singles (Tough Enough, Don't Go Too Fast, Liar) which finally reunited on an album Traces of Sadness ( 2004), ranked number one in Estonia and a gold record in Germany and Austria. In 2005 Vanilla Ninja grew their international renown even more by representing Switzerland at the Eurovision Song contest with the title Cool Vibes and recorded a new album Blue Tattoo which had the same popular success in Central Europe as the previous albums did.