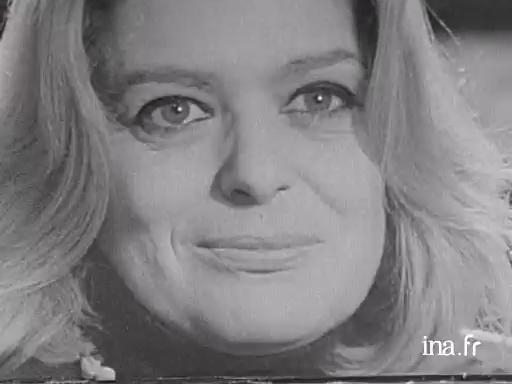 Interview with actress and singer Melina Mercouri. She recalls the political events of 1966-1968, and her forced exile from her country, Greece, after the 1967 coup.

Melina Mercouri (1920-1994) was a significant figure in the XXth century's Greek culture. After her debuts as a theatre actress, she discovered cinema in 1955 through Stella, by her compatriot Michael Cacoyannis.

However, it was her meeting with Jules Dassin, an American filmmaker in exile because of McCarthyism, which was the determinant event of her life. The couple, united in life and in cinema, shot nine films together, from He Who Must Die (1957) to A Dream of Passion (1977). From this long collaboration, The Law (1958), Topkapi (1963) andPromise at Dawn (1969) are the most significant films. However, it was in 1960's Never on Sunday, where she sang Les Enfants du Pirée, which will forever remain the symbol of the couple, where they interpret the roles of Ilya, the beloved cocky prostitute and Homer, an American tourist who overflows with antique philosophy.

After the coming to power of the Colonels' dictatorship, Melina Mercouri had to exile herself in France where she constantly fought for her country's democracy. Back in Greece in 1974, she led a brilliant political career, where she twice became Minister of Culture.

At the time of the coup in Greece.
(Silence)

For me and for all the people who believe in freedom of thought, who believe in human dignity, that was a complete upheaval. At that time, I was performing in a musical comedy "Never on Sunday" in New York. (Music)

Melina Mercuri, what made you decide to go to Broadway?

Madness, I think, megalomania and enthusiasm. I have to say that my career doesn't interest me too much. I work, I'm a professional, I've loved my job for many, many years, and my dream was to become a great actress. My dream has not come true, I am a good professional I believe. But in these 2 years, which have passed in my life, and in the world as a whole, things interested me more, which made me wake up, which made me less of an actress and less claustrophobic. That is, less egocentric. I thought about the world, I thought about what happened in some countries. I thought, I saw young people and their problems, during these years I lost the thing that I loved the most, my country.
(Music)