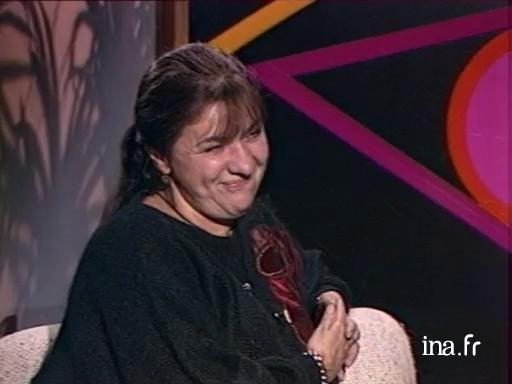 Born in 1931 and a director of feature length fiction films since 1968, Márta Mészáros wasn't an unknown to international critics when Journal Intime, blocked for two years inside of Hungary, won the Grand Prize at the 1984 Cannes Festival: Adoption (1975) won the Golden Bear award at the Berlin festival and Neuf Mois (1976) won the Fipresci prize in Cannes.

The only Hungarian filmmaker whose films have circulated abroad, she shot eight fiction films non-stop, between 1968 and 1979, in settings of political repression and economic constraints, "ordinary stories", she says, "but where the protagonists are women". Semi-autobiographical, the series that she launched in 1984 with the black and white Journal Intime was followed by three other colour films, Journal à Mes Amours, Journal Pour Mon Père et Ma Mère and La Petite Vilma: le Dernier Journal (titles translated from Hungarian). She combines intimate stories with politics, showing events through the eyes of a young girl who went back to Hungary after the war, following the death of her parents, and confronted with a post-Stalinist society where suspicion runs rampant.

Here, we have a black and white film which covers the period between 1947-1953, which is somewhat of a snapshot of the Hungary of that era, and it's also a film with lots of lyricism. Is that why you made it in black and white?

Yes, because at that time it was a black and white era, if you will. Not just the films, the films were also in black and white. And in this film, I use many things that document that era.

Yes, documents from that time period, and for that, for me, it was clear because it was black and white. I want to continue this film, I want to make the trilogy up until 1968. It's a trilogy.

You will have come full circle?

It's my generation, and the second part and third part will already be in colour, it's not black and white because the film's style changes.

Yes. I don't know if she'll play on all of it. I'm sure that she'll play in the second part because I want to work with the same actors, Nowicki who is Polish and all those that are in my film will continue this trilogy.

A Grand Prize in Cannes, what does that represent for you, the director that you are, for your film?

Yes. Yes. I think that it's especially important for Hungarian cinema, which is very good cinema in my opinion. But for me, it's particularly important because it's... a first prize in Cannes for female filmmakers. And so for us it might be a bit...

Congratulations to female filmmakers and to Hungarian women in particular today. That was "Intimate Diary"...