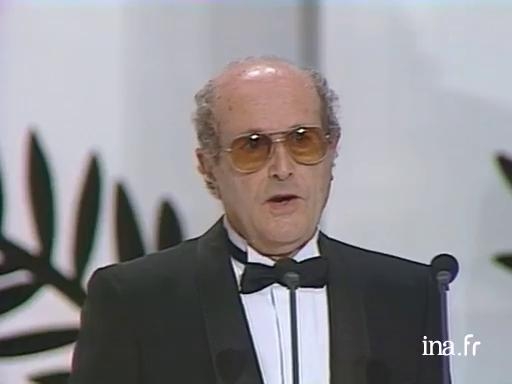 During the friendly welcome that the 1980 Cannes Festival gave him, Manoel de Oliveira declared himself to be "the youngest filmmaker in the world", probably to conjure up honours that can be seen as prematurely posthumous. He is 82 years old and has a long career under his belt, and in front of him as well.

Joining the cinema world at the age of 22, in 1931, thanks to an aesthetic and political feat, he once again worried the Salazar regime with Douro Faina Fluvial, a short, avant-garde, lyrical film about the hard work of labourers along the Douro river in Porto. Leaving cinema aside, he became an athlete, tried acting and worked in his father's factory. Aniki-Bobo (1942) was as badly criticised as his first film since children disobeyed their parents.

He shot very little until Salazar's fall in 1974. In 1981, he adapted Francisca to film, which was written by an author who long inspired him, Agustina Bessa-Luis. Shooting with a small group of loyal actors (Luis Miguel Cintra, Leonor Silveira, Leonor Baldaque) he was open to making films abroad, with John Malkovitch in The Convent , Michel Piccoli in I'm Going Home and even Catherine Deneuve in A Talking Picture.

We heard what the president said in his speech to Manoel de Oliveira and Wajda who participated outside of the competition in the festival, and the jury wished to encourage them in producing new outstanding films.

There is nothing because they had not time to prepare something, but it is simply the appreciation of the jury that is being expressed.

And the public ovation.

And the public ovation.