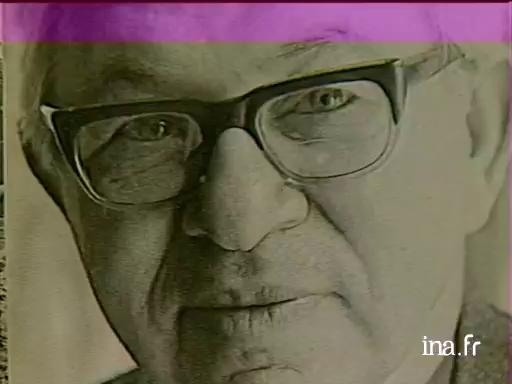 Report on the exhibit that the museum of decorative arts is dedicating to Danish designer-architect Arne Jacobsen, creator of the famous "ant" chair.

Gaining widespread fame with his "Ant" chair, created in 1952, Arne Jacobsen remains one of the most significant figures in XXth century Danish design. Born in 1902, he first studied masonry before switching to architecture while taking courses at the Danish Royal Academy of Fine Arts. Having obtained his degree in 1927, he started his first projects, which were soon developed through the agency he founded in 1930.

Inspired by functionalists such as Le Corbusier and Gropius, Jacobsen gradually dropped rational design in favour of shapes that were more organic, purified and made from natural materials. A sign that this movement was successful, his "Ant" chair is one of Danish design's best selling (and most copied!) objects. Nevertheless, we owe the artist credit for many creations: the highly rounded Egg and Swan armchairs (1958), the Oxford chair (1964-1966) ordered by Oxford's St-Catherine's College; the entrance to the Hanover Concert Hall...

Rewarded with many international prizes, Arne Jacobsen also taught at the Copenhagen Academy, where he was once a student. He died in 1971.

But [Gerard Tavera] and [Guy Novert] have not forgotten the exhibition devoted to the architect Arne Jacobsen, one of the great innovators of this century.
(Music)

In laminated and moulded wood, stackable, the base in chrome-plated steel tubes, three or four feet, this chair conceived in 1952 is one of the design foundations of the century. The Ant Chair, as we must call it by its name, has lead to other chairs being constructed along the same principle. That's why it's possible to see great swathes of Ant Chairs throughout the world. The creator, Arne Jacobsen, who died in 1971, was both an architect and a designer. The packaging and the contents are, must be as one according to the theoretical designer Paul Henri Gatron.
(Music)

As most great innovators of this century, Arne Jacobsen consulted the German Bauhaus School that Hitler blew up in the 1930's. Designer of chairs but also tables that regretfully can't be seen here today, tables which would be covered in money or steel in a manner created by the architect with the single aim of better understanding the global approach to this creator of shapes.
(Music)

Jacobsen was also a man of character.
(Music)

A period of transition to touch the architecture scarcely sketched out here.
(Music)

It is true that decorative arts do not lend themselves their grandiose setting. Nils Fagerholt, the Danish architect makes our mouths water, but we remain hungry, after hors d'oeuvre, an aperitif to follow, Arne Jacobson to Decorative Arts. These appetizers have to be followed. Arne Jacobsen at Arts Décoratifs.