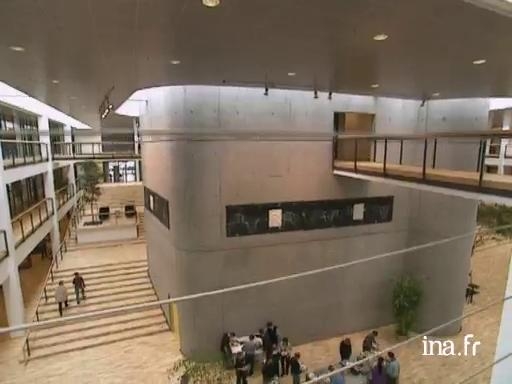 Report on Danish art of living, characterised by a minimalist but aesthetic design.

Climatic determinism, which encourages the seeking of home comforts in winter? Modest energy reserves, which limit industrial production to benefit creation and service activities? Or even favourable legislation, which allows for the development of a culture of "Beautiful, simple and useful"?

For all these geographical, cultural and social reasons, Denmark is without a doubt the nation of design, the cradle of production with an international influence, embodied and nourished by generations of designers ready to tackle all kinds of creative challenges. This reputation, forged since the 1930s, was reinforced after the war through the work of artists like Arni Jacobsen and Nanna Ditzel. With her contemporaries, the latter, born in Copenhagen in 1923, had been a very influential figure in the "Danish school" from 1946 which was the year her agency opened, to her death in 2005. With a refined style, minimalism and functionality are the main characteristics of her interior object and furniture creations.

Heirs of this heavy "golden age" burden, young Danish designers of the 21st century are less concerned with revolutionising the founding principles of this art, just adapting them to new objects and behaviours in their time (portable telephone, computer, space and rhythm of life...) by investing more willingly in the world of work and enterprise, pushing the evolution of this "art of better living" into "the art of better producing".

At the beginning of the show, we mentioned the Danish art of living, with this well-known word that cannot be translated: the "hygge". And it's true that, like proper Scandinavians, the Danish won't budge on anything related to their comfort, to their homes. Simplicity, elegance, functionality, these are the 3 key words that inspire Danish designers. Whether it's related to the design of a chair or a building. It's the country of the "hygge", the country of design.
Music

We can only do genuine design if we do it for ourselves primarily, if we know what we want. Back then, we were young and we wanted beautiful houses, for us and for our children. And we really felt like everyone else wanted that as well, so that's what we did since we were just regular people as well.

Nanna Ditzel is over 75 years old, and having contributed to the golden age of Danish design, she's now one of the most famous artists of Copenhagen.

You would be surprised at the amount of people who are interested in design, and it's natural, you know, since our winters are long, cold and dark. We spend lots of time at home, and people are proud to have what we call a charming interior. (English)
(Noises)

The Danish are willing to spend a fortune to decorate their interiors, with a preference for furniture with simple and refined outlines, which represent the minimalism created by the great designer architects. As a result, 1,000 copies of this chair, designed by Nanna Ditzel 10 years ago, are produced each month, thereby guaranteeing the success of this small company.
Music

I am a futurologist, I analyse the present to know what will happen tomorrow.

Jesper just started a collaboration with this team based in Arhus, the second largest city of the kingdom. We design bicycles, medical equipment and telephones here. This morning, a brainstorming session. You're looking for a practical and elegant phone, that's the entire purpose of their thought.

(Danish and English) With most phones, you have to put the receiver back in a precise place. With this one, you just place it there, inside. Here, you see, you do it like this. That's one of our ideas, you put it down any way you want. And the whole idea of inclining the keyboard, it's to make it stand out from the entire mess that can be on your desk.

Always the same recipe: the product has to be simple and practical.

Danish design has a very long life, it lasts years, and people never tire of it. It's not something that reaches out to you and screams: "Oh! Look at me." No, it's very discrete.
(Noises)

We don't have any natural resources, just a bit of fishing and agriculture, but that's about it. The rest, we have to do it ourselves. The only thing that we can create is grey matter, not manual labour. The most important thing is our imagination, we use our imagination for the objects.

(English) I'd like to be a Philippe Stark or a Nanna Ditzel, and do anything that I want, with my heart, with my soul, and not just do what the industry requires. It's an old dream, this hope, it drives all of us. We tell ourselves: "maybe one day, I'll set out to do it." I'll design my house with perfect furniture, all of this came out of my imagination.

Danish architecture isn't just focused on the facade. What's more important is the interior, the living area where all of the design ideas integrate into the project; this IT company is proof.

(English) It's a building that we love, compared to a small city with its main square, of course, you need a logical entrance, and from there on, you find yourself in the central square, which is where we're at.

Nearly 500 people work here, most of them are IT engineers. As the development of the project progresses, they were consulted with so that this new building meets their needs.

We tried to make, what's the term, water terminals, little coffee-shops here and there so that people are able to meet with each other. It's not just a place of work, it's also a place for exchanges.

In Denmark, the law requires that 1.2% of the cost of a building be devoted to the integration of artistic works. This measure undoubtedly comforted the attention given to the well-being of the users of a public location, and private investors didn't want to be left behind.

(English) We've always been a rather humble society, but this tradition of ours goes back to the 30s and 40s, with great designers such as Arne Jacobsen. We're used to appreciating fine design, we have plenty of examples, it's become a tradition for the Danish people.
Music

This art of living which fills daily life is now an element of Danish culture which exports itself the most.
Music