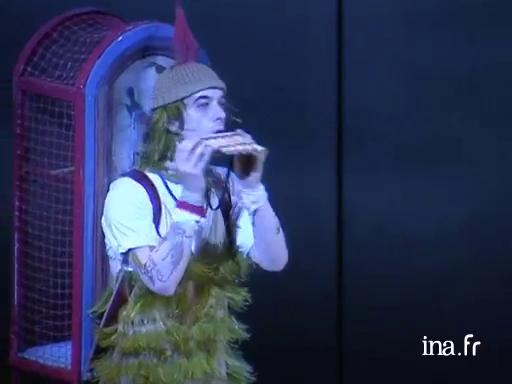 Krystian Lupa (1943) is one of the most renowned Polish producers. He studied fine-art in Krakow and as he was passionate for the cinema he signed up at the Lodz film school. At the same time he created scenographies at the Cytryna theatre and his growing interest for theatre led him to study production for four years at the institute of dramatic art in Krakow.

Admirer of playwright Stanislaw Ignacy Witkiewicz (known as Witkacy), he put onDainty Shapes and Hairy Apesin 1978 in the Jelenia Gora theatre. From 1985, he was associate producer at the Stary Teatr in Krakow, beside Jerzy Jarocki and Andrzej Wajda. He began a succession of productions of Austrian authors: Robert Musil with The Dreamers(1988) andThe Man Without Qualities(1990), Rainer Maria Rilke withMalte(1991), Thomas Bernhard, notably withKalkwerk(1992), Hermann Broch withThe Sleepwalkers(1998).

If he seems to have a preference for novelistic writing, whose adaptations he develops himself, it would be because he thinks them to be more expressive than theatre. The essential qualities of his work are centred around analysis of the spiritual condition of modern man.

The Mirabeau course remains the imperial entrance to the Aix-en-Provence festival. You can hear the fountains. Even the bars are called "The Festival". And once night falls, Mozart reclaims his throne. He's at home in the archbishop's theatre. Daniel Harding is setting the tone of the "The Magic Flute".
(Music)