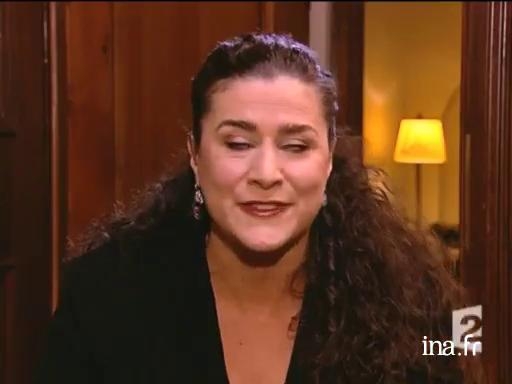 Report in Salzburg on the festivities and the concerts commemorating the 250th anniversary of Mozart's birthday, and interview with singer Cécilia Bartoli who will be singing tonight.

I'm telling you this before God, as an honest man, your son is the greatest composer I know?. This quote from Haydn says it all. For most people, Mozart is to music like Leonardo da Vinci is to painting?

Born in Salzburg in 1756, son of a composer, Wolfgang was a child prodigy. He showed his gifts from the age of three years old and was sat at the clavier at five. At six, he gave his first work. His father presented it in Munich and in Vienna, then exhibited him as a fairground phenomena throughout Europe. But Wolfgang learned and wrote his first opera at the age of eleven. He was employed as court musician in Salzburg, a job that would soon start so wear him down. He often went to Italy and was introduced to Haydn in Vienna with whom he would stay in touch with throughout his life. For five years he debated between Munich, Paris, Salzburg again and Vienna to find his independence. In 1782, with The Abduction from the Seraglio he found recognition. He moved to Vienna and married Constance Weber. This was his period of masterpieces: The Marriage of Figaro, Don Giovanni, the great symphonies... Financial difficulties overcame him and he had to face, in a precarious state of health, an enormous pile of work.The Magic Flute was a success, then the famous commission of theRequiem, that he would never finish. He died on the 5th of December 1791, at 35 years old.

The city of Salzburg is celebrating the birth of Mozart, his 250th birthday, to the day, with of course, as a point of order, tonight's great reception. On stage, a host of great soloists, including Cecilia Bartoli, who we will meet with in a moment. A concert with the Vienna Philharmonic in front of a lucky audience. Report: Michel Mompontet, Philippe Luzzi.

Dom Platz, Salzbourg, tonight, at 7.30 pm. These musicians probably all have something in common. Yes, they would have preferred that Mozart be born in July and not in the middle of the Austrian winter, and with good reason: playing the concerto in C minor in -10°C is a feat. But this 250th anniversary of Mozart's birth was well worth the efforts. For these Salzburg inhabitants, for lack of ice cream, there will be a giant chocolate cake. The year of Mozart is thus now launched. Hundreds of concerts and operas will be on the way. It's a shame that Mozart year isn't every year. It would be a chance to repeat this sort of miraculous meeting. The Mozarteum foundation, Riccardo Muti conducting and the magical Cecilia Bartoli, the great Mozartian priestess, the most beautiful of gifts.
(Music)

And as they say in Wolfgang's language, [Zum Geburtstag viel Glück], happy birthday, a beautiful celebration for all those who love Mozart and who will discover him this year.
(bravos)

Good evening, Cecilia Bartoli. Later on, you will be on stage at the Salzburg festival to sing Mozart. So for this particular evening, which flame, which emotion, which colour have you decided to give those who will be listening?

It's magnificent. I'm so happy to be here. I love Mozart's music. As for the colours, I don't know, it would be red, "rosso fiammante".

Yes, absolutely. Do you get the impression that this will be a particular type of evening, this birthday evening?

Yes, of course, of course, because we are after all talking about the greatest author and composer of the XVIIIth century so it's rather... I love it. Myself, I love Mozart's music. I love all operas, all concertos. I'm really a passionate fan of Mozart's music so it's obviously a very important anniversary for all of us, I think.

Since you have therefore sung, interpreted, recorded Mozart, what does his music provide you with, personally?

Mozart, it's a universe, a world of feelings, of human fragility, of joy, of pain. That's it, it's his world which moves all of us deeply, I think, yes.

And even yourself, Cecilia Bartoli, you're not tired of it yet? Would you need an entire lifetime, maybe even more, to completely discover him?

Oh yes, you're never done with Mozart. We always start over because... and it's such exceptional music, so full of details. Here, I find that when I sing Mozart, I always get the impression that I'm singing his work for the first time. It also provides me with different dimensions. It's really... My heart feels better. I really have to thank Mozart a hundred times over. Every day that I wake up, I have to thank Mozart because I think that his music, it's really... It's a balsam tree, we say a balsam tree per la nostra anima. That's it, I believe that it's a "balsam tree" for our soul.

Which work, if we could only retain one piece from his works?

Thank you, Cecilia Bartoli, for answering our questions.

Thank you, thank you.