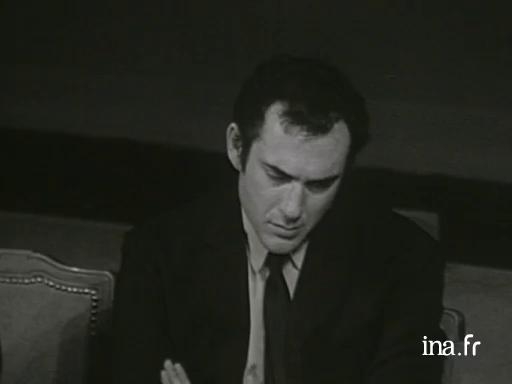 The Antoine theatre and director Claude Régy have dedicated a night of debate to Harold Pinter, after a performance of his play The Birthday Party. Claude Régy reads a letter addressed to Pinter by a female spectator and Pinter's humourous response.

Harold Pinter, writer, playwright and director was born in 1930 to a Jewish family in London. Deeply affected by the Second World War, he refused military service and took up studies of dramatic art in London. At the beginning of the 1950s he went on stage under the name of David Baron. He soon turned to writing as a poet and novelist and made a name for himself as an author of radio pieces.

But it was in theatre that his success arrived, first withThe Caretaker(1960), thenThe Collection, The Lover, Tea partyandThe Homecoming(1965). He became a figure of "absurd theatre", where characters existing on a stage devoid of meaning, struggle against the threat of the outside world. His singular style shifts between humour and tragedy. From 1962, he wrote film scripts, notably in collaboration with the director Joseph Losey (The Go-Between, 1969).

Politically engaged, he sympathises with the British leftist party Respect and is an ardent defender of human rights. In 1988 his pieceMountain Languagedenounced Turkish domination of the Kurd people. In 2005, Harold Pinter received the Nobel Prize for Literature. He now devotes himself to politics.

The Antoine theatre and the director Claude Regy have devoted a debate evening to Harold Pinter. Pinter is a 36 year old Englishman, in 10 years he has already written what can be called a work, both in cinema and in theatre. The Lover, the Collection, the Homecoming and the Birthday Party are playing at the moment. Pinter is the most important playwright since Lonesco and Beckett, he invented a new dialogue and a new way of looking at the relationships between the characters. We present him to you, what stood out for us during the course of the evening, was that he is: laconic, not very talkative and in short very British.

The play that we are putting on at the moment, is an extract from "The Birthday Party" I take this opportunity to bring to your attention that we are doing a slightly improvised kind of work, but work with no safety net, as, it dispenses with lighting, costumes, decoration, everything which forms the mystery of a performance. And in addition, it is put on for an audience made up of many authors and critics.
(Silence)

Firstly, who are the two men? About Marinel and Fresson, you recognise them Secondly, where does Stanley come from, the character played by Michel Bouquet. Thirdly, are they supposed to be normal?

You understand I hope, that without these answers, I cannot entirely understand your play. Response from Pinter: Dear Madam, I should be very much obliged if you would be so kind as to explain to me the meaning of your letter.
Laughter and applause.

Here are the three points that I do not understand: Firstly, who are you?
Laughter

Secondly, where are you from? Thirdly, are you supposed to be normal?
Laughter and applause.

You understand I hope, that without these answers, I cannot entirely understand your letter.
Laughter and applause.