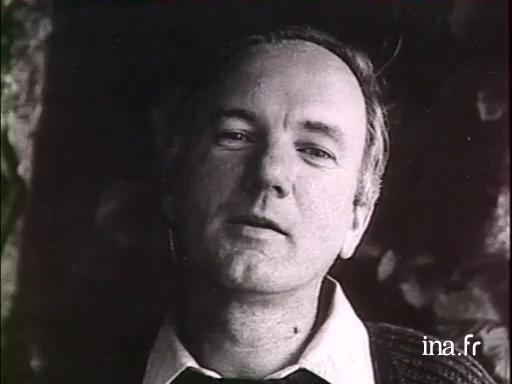 The director Jean-Pierre Vincent and the actor Bernard Freyd talk about the theatre piece Le Faiseur de Théâtre and its author Thomas Bernhard.

The Austrian writer Thomas Bernhard was born in 1931. Raised partly by a writer grandfather, he was sent to join the Hitler Youth, then to a Nazi boarding school at the age of 11. His work would be a diatribe against Nazism, politics, power, Austrian culture and its citizens. Hit by tuberculosis that left some after effects, he spent two years in hospital. From 1952 he worked with several papers, publishing poems and articles. In 1955 he suffered the first of the scandals that would mark his career with an article against the Salzburg Theatre. The same year he began training at the Mozarteum, music and dramatic art conservatory in Salzburg which he graduated from in 1957. In 1963 he wrote his first novel,Gel. In 1968 scandal came once again following a speech criticising the Austrian people that he said when given the national prize for literature.

He would be rewarded by several other prizes (like the German Georg Büchner prize forKalkwerkin 1970).A Party for Boris, his first big piece, was produced in 1970. Then followed , among othersThe President(for which he was accused of defamation in 1975), and five autobiographical works between 1975 and 1982. In 1989 he died amongst much controversy surrounding his pieceHeldenplatz, which went back over the suffering of Jews and Austrians, "Today, there are more Nazis in Vienna than in 1938".

His theatre, for he did theatre, was made of two things. There is what we find when we hear him spoken of. There is what we find in the novels which are pure monologues, pure monologues. And which address a single listener. There is something else, that, there is always this person giving monologues, because since the age of twenty, or even perhaps since birth, he monologues himself. He dialogues with the world through monologues. And also evident, he is a great theatrical author who has a great deal of experience by his 21st play and who has gained from the experience of the greatest authors that he studied with the same genius that he uses to study the world. There is Shakespeare, Chekhov, Beckett, Sophocles. And we have traces, not because there are bits of quotations. But because he had ways of proceeding in his writing and of taking into account everything that exists on stage at the same moment. An extraordinary author is one who can summarize the world in every second of his play. And make it so that everything that is on stage, the person speaking, those who are listening, the chairs, the accessories, the windows, everything tells a story. To put all these beings or these things in such a condition that they are coherent to the progression of a story. And that, he knows. He is therefore an extraordinary theatrical author.

Between us, let's say, I am a classic. Soon, that which has until now been exclusively our secret will be known to the whole world Goethe, what is it? Do you know that just for the Maeterlinck scene, I worked for eight months. Agathe never understood why. I more or less closed myself in my room for eight months and abstained from her during this period my child. Eight months, for the one Maeterlinck scene. Great art is a terrible process my child. It is difficult to play because it requires a great energy, because we are affirming something, and then afterwards, we affirm the contrary. With the same force. And there is never any conclusion. That is, we immediately move to something else. We are delineating a law, to do so is liberty, what. I think that it is Blanchot who said that the person who speaks to the infinite like that, he said, he is speaking a law, and then afterwards, he is speaking another law. And then in the space between the first law and... Between these two, there is an infinite space for freedom that is absolutely extraordinary. And that is what happens with Thomas Bernhard. When beginning with a theme with any character, the theme is devoured whole. That is, if it is about a chair, it describes it, it finishes by destroying it, by finding it base, that one cannot sit on it. Finally, it is no longer a chair. And when he has finished this operation, he has a sort of blank. Because there is nothing left, he has broken everything. And then there is a small moment, a very small moment, where the actor has exhausted himself in this very act. And when the act is consumed, well, there is a short moment when the actor palpitates with the other. And we are there, always two, I never speak alone. Therefore every time that I am a character, every time that a theme has been crushed, eaten with the mouth, after, there is a short moment like that that is perhaps very human.

I think that he is a paradoxical figure to the extent that he is despairing of everything, including himself to a degree. And on the other hand, he is devoured by humor. It is a person who apparently has no personal sensual life, but in his head, he is an extraordinary sensualist. You know, these types of geniuses that listen to the news for one minute and know what is happening in the entire world. That listen to someone talk for thirty seconds in a bistro, and who can reconstitute the life of the village. Because there is an extraordinary intuition in his way of living the world. He was so concentrated on himself to survive, that he is in fact concentrated on the entire world. There is never any redemption in the end. There is no salvation of the human being. The human being is in the shit, he must live with it. So some live it unconsciously, others consciously. Therefore some may be tempted to go and commit suicide, either do it or don't. Or they commit suicide every day in continuing to live. And there needed to be an account of this vast massacre, sometimes without deaths, and at others with many deaths.

You seem to speak of this with exceptional cheerfulness, as though he were giving a very joyful show.

I think it is a joyful show. I fact, I would not really like to meet him because there's only one thing that I would like to do with this man: to laugh. But I don't know whether he would want to share a laugh with someone.