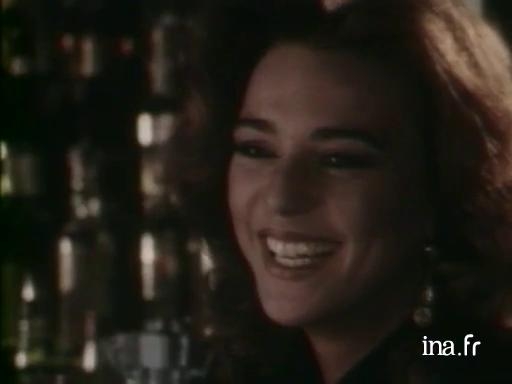 Three significant films punctuate Maruschka Detmers's career. Based in Paris, the Dutch actress was discovered during an audition at Cours Florent, which led to her acting in Jean-Luc Godard's film First Name: Carmen (1983) at age 21. The film, which was presented in Cannes, was a scandal, both because of the provocative deconstruction of the story and also because of certain nude scenes where the young woman made use of her sensuality and her spontaneity.

In an almost similar vein, Italy's Marco Bellocchio called on her for Devil in the Flesh (1987), an audacious and demonic adaptation of Radiguet's novel, where one very explicit scene overshadowed her acting performance. Prior to this, in 1984, Jacques Doillon's La Pirate was a film with great emotional intensity which proved her ability to take on very dramatic roles.

The rest of Maruschka Detmers's career will be more discreet. Despite noteworthy roles for directors such as Ferreri, Zidi, Barbier (Le Brasier, 1991) and Poirier (Te quiero, 2000) and some American trials, the actress was especially noticed for her work in television (Clarissa, Mère et Fille Mode d'Emploi, Mata Hari la Vraie Histoire).

Before being the heroine of the new version of Devil in the Flesh, Maruschka Detmars shot The Pirate by Doillon and First Name: Carmen by Godard.

In fact I remember all three. I remember Godard very well when I read it for the first time. I liked that straight away... He has nothing to do with the other three, you have to forget Oury. Because there, there still wasn't... I hadn't read the script for the simple reason that there wasn't one.

Yes, and more, still at that time... I still hadn't worked. Never with anyone. So, I was very much in an inferior position. So, I just had to go and see whoever I was told to go and see.

And who did you see?

Yes, and tell us about Godard?

Yes, but I want to say in the case of Godard of course, you don't have to be told twice to go and see him. I went to see him. I didn't know him at that time. Godard, I knew his name but I was very out of touch with what was going on in cinema. I had just arrived from Holland. And I remember that I went there really... I was... it was really an audition like any other for me. I had no idea. I arrived in his office at Neuilly. He was sat behind a desk and behind his huge black glasses. He gave the impression that he was bored to see me. It was about the most boring thing that he could imagine. And that's how it went... So, I arrived in his office I had to make a "hmmm" sound before he would look at me. Then he looks at me like this. "Ah, hello Miss. Do you have any photos?" I gave him a photo, he asked me to write my name on the back. And then it was: "Right, well goodbye". It was really as if I had made no impression at all, not at all, except that I felt extremely useless at that moment. Really incapable of prompting any interest from anyone.

Completely different. Firstly because Doillon, was someone... I arrived in this Rue du Cherche-Midi office and I saw someone who didn't seem sure of himself at all, who gave the impression of thanking me infinitely for coming. And, that surprised me completely. I had read a kind of very very very confused synopsis. I understood absolutely nothing. But everything I had learnt, was that this person wanted to say something, but couldn't manage to write it down. So, my conclusion was that, it was so important that he couldn't write it.

He managed to tell you all the same?

Well, no. And he apologised for the length of the interview as there was really a useless feel about what he said but anyway... Well it was perhaps useless but he really wanted... And it was bizarre, I felt all of a sudden...because there was... It was the producer's office, and all of a sudden I felt like one of the family, all of a sudden. And that never stopped in fact until the start of filming. After all it was...

He smoked a lot, he was...how did that manifest itself?

He shook a lot. He shook but that's how he is. He is very very very nervous and very modest. Because before I intend to go and see a director, I ask the people around me. If I haven?t seen any films, I ask. And I was told very very very good things about him. And he was so modest. And what pleased me a lot, was that it wasn't false modesty, it wasn't to charm you. Maybe he is aware of it even so because he always poses but...