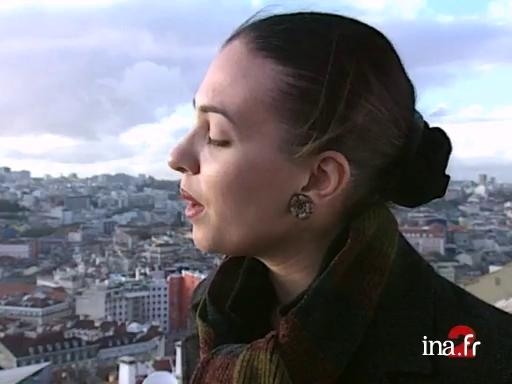 Report on the band Madredeus on the occasion of a French tour. The band, whose name is taken from a neighborhood in Lisbon, Madre de Deus, plays a mix of fado, folk and popular music which is now internationally renowned. Concert excerpts, interview with band founder and guitarist Pédro Magalhes, and song by Teresa Salgueiro, singer.

Created in 1985 by the guitarist Pedro Ayres Magalhães and the pianist Rodrigo Leão, the Portuguese group Madredeus, originally made up of Francisco Ribeiro on the cello, Gabriel Gomes on the accordion and the singer Teresa Salgueiro, were soon noticed for the uniqueness of their lucid and invaluable songs, mixing in an eternal style of classic sophistication, traditional folklore, fado and popular contemporary music.

From the release of their first album in 1987 Os dias da Madredeus the Portuguese public were won over by the crystalline purity of Salgueiro's voice as well as the quality of the compositions and orchestrations that came within the scope of fado tradition yet considerably renewed the style. Their second album Elixir appeared in 1990, but it was especially their participation in the soundtrack of the Wim Wenders film Lisbon Story (1995), allowing them to obtain international renown. Following several reshuffles in the group (Leão's departure followed by Riberio and Gomes), Madredeus would, from the album O Parciso (1997) progressively distance themselves from the original fado to begin to mix music from other parts of the world.

Always carried by the exceptional voice of Teresa Salgueiro, the group would record four more albums in the new millennium (Movimento (2001), Faluas do tejo (2005)) before the singer finally announced in her turn, in 2007, a desire to follow a solo career.

Off to discover a group which plays traditional Portuguese music brought up to date since it's fashionable: Madredeus, currently on tour in France. Madredeus, mother of God, it's the name of a neighborhood in Lisbon where we found them. Report: Louis Carzou, Pascal Pueyo.
(Music)

For all the hurried tourists, Madredeus is just the name of a Lisbon neighborhood. But, for a bit longer than 10 years, for curious music lovers, this Madredeus name brings up a beautiful story: that of a Portuguese band, the only one whose music flies well beyond the Tage, driven by Pedro Magalhes's guitars and Teresa Salgueiro's magical voice.
(Music)

Madredeus, Pedro Magalhes has dreamed about it for many years. After having played rock, this son of a sailor got back to the source of Portuguese tradition: the Fado. But Madredeus's composer embellished upon this tradition through his musical journeys to achieve these unique melodies where love stories blend with next day melancholies.

It's different than Portuguese efforts of times gone by. But many years ago I thought that perhaps during this century, the stongest method of communication and the most interesting way to be creative, would be music.
(Music)

Today, people come from all over the world for a simple photo session with Madredeus on the ramparts of the Saint-Jorge castle. But between two tours that take her from Paris to Tokyo, Teresa doesn't forget Lisbon nor the very first song that she sang with her voice.
(Music)