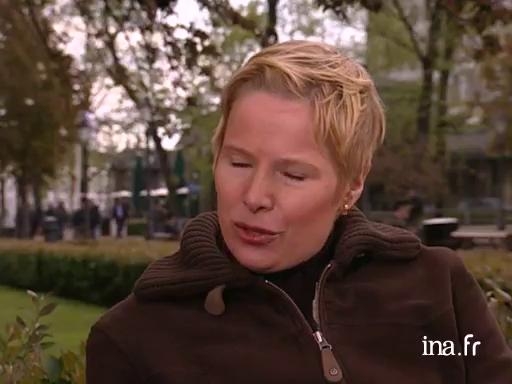 Presentation of Finnish writer Mika Waltari, an author that dabbles in everything and a central figure of Finnish literature.

Mika Waltari (1908-1979) studied philosophy and literature, first in Finland and then in Paris. His first novel, published in 1927, The Grand Illusion was immediately a great success. This work dealt with the disillusionment of European youth after the First World War.

Very prolific (he was a literary critic, wrote scripts for comics, novels for youth and police novels), he continued to write, very deeply influenced by the Second World War. This experience cemented his move towards historical novels. The Egyptian, appearing in 1945, would be his biggest success, in Finland and abroad. The action takes place in Akhenaten's Egypt, and also in Thebes, the hanging Gardens of Babylon, with the Hittites and all the way to Crete, to paint the portrait of antiquarian Mediterranean societies. This novel still remains a reference, thanks to its correctness and historical value.

Following Johannes the Pilgrim (1951), which deals with the passage from the middle-ages to the Renaissance and its sequel The Lovers of Byzance. Waltari also published more intimate novels like, Jamais de lendemain (1942) a reflection on violence and lies, or Boucle d'Or (1948), and the journey to hell or woman who prostituted herself. Numerous cinematographic adaptations have allowed this author's work to be better known, notably The Egyptian by Michael Curtiz (1954).

We are in Helsinki, the capital of Finland, for one week during which we will evoke the literature of this country. The most famous, it seems to me, of the Finnish authors of the 20th Century is Mika Waltari, who "Etruscan" publisher Le Jardin des Livres is reprinting. Can you tell us whether Waltari remains the most symptomatic, the most manifest, the most famous of the Finnish authors of this century?

In any case, he is an authors that many Finns continue to read. He is an author that any Finnish person can encounter, from the young to the old, because Mika Waltari wrote novels, extremely different texts. Historical novels, police novels, texts for cartoons, fairy tales, sketches, plays, lots and lots of things.

He has a sense of history that is heavily marked by his most famous work, with "The Etruscan" it's "The Egyptian", and there were are thrown into the Mediterranean basin, all around, in a;; the areas that were colonized by the Greeks and Romans, and all o

Mika Waltari was interested in man above all else. He wrote of man in his historical novels, in his short stories. The human being can always evolve in his life, he is in some sense on a permanent quest in relation to truth, to love, to happiness. His novels are initiatory novels, so I think that when he undertook his historical novels, this big, it is precisely that in a work that size, he was actually able to develop all of the questions that are tied to man, to his difficulty in finding his plac

Yes, you speak of men, but Waltari's pen also paid close attention to women. Women are essential to his novels, they determine the truth, you get the impression that Waltari really loved women.

Mika Waltari was a great lover of women, it is said that many of his short stories, even many of his novels that could also be characterized by sometimes long stories, were written after breakups. I think that he was a man who loved to taste life, who loved to live fully, and who, in a certain way perhaps, also needed pain in order to be able to write.
(Music)