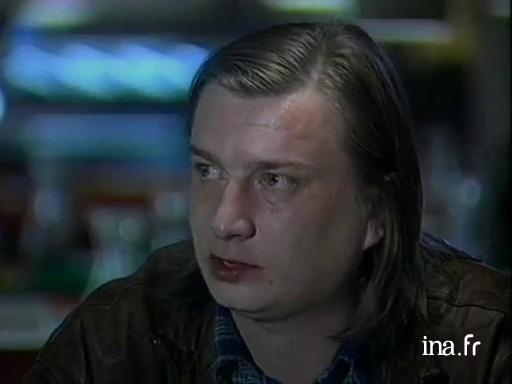 Offbeat portrait of Finnish film-maker Aki Kaurismaki. He discusses the way he became a film-maker, the financing and genre of his films, and the working class.

The undisputed leader of Finnish cinema, Aki Kaurismaki, born in 1957, uses the same humour in his films as he has in real life, a distant humour that rests upon a permanent hint of differences and absurdity.

Several cycles coexist within his work. Two trilogies, including a "proletarian" one (Shadows in Paradise in 1986, Ariel in 1988, The Match Factory Girl in 1990) and another one said to be about "losers" (Drifting Clouds in 1996, The Man Without a Past in 2002 and Lights in the Dusk in 2006) allow him to dig a social vein by using a style that's voluntarily purified, which often rests upon minimalist stage sets, dialogues and situations.

It's with a similar distance that Kaurismaki let his taste for music run free, directing the Leningrad Cowboys band, and adorning his work, as an expert film enthusiast, with tributes to the cinema he admires, from the silent classics all the way to New Wave films.

Three months ago, there was "The Match Factory Girl". And everyone became interested in Aki Kaurismaki, the author of this Finnish proletarian trilogy. And we discovered a phenomenon. How did you start in the movie business?

By accident. I was no good for any honest work, so I had to do something.

What did you do?

Films. I was in building industry before.

Could you film a "bourgeois" trilogy, or...?

No, I couldn't. I couldn't do it, even if I wanted. I lose the rest of my little talent when I go in a "bourgeoise" place. Sometimes I'm rather pessimistic, sometimes a little bit optimistic. It depends. I always decide to have a sad ending, but then I feel pity for my characters and I put at the last moment a happy ending.

How do you find the money?

Him? Not anymore, he financed my films.

"Leningrad Cowboys Go America" is an alcohol-enduced and funny film. It's his seventh. It comes out tomorrow, in France. And Kaurismaki is a liar. Is there a genre of film that you have never made?