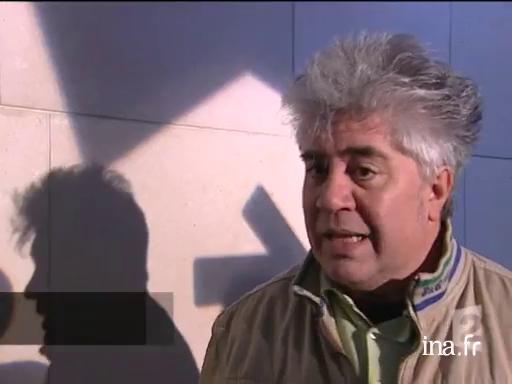 The Cinémathèque of Paris is dedicating an exhibit to Spanish film-maker Pedro Almodovar, with pictures taken from his films and family pictures, his first writings, interviews with him on his inspirations, objects that belong to him, paintings, etc?

Decors, costumes and accessories from his films but also objects and personal furniture, the Almodovar exhibition which was held at the French cinematheque in 2006 recreated, with his agreement, his cinematographic and chromatic imagination. Dominant themes, with the author of Law of Desire (1986), red and pink, telephones and drag.

Born in 1949 in Calzada de Calatrava, Almodovar began in the cinema with a Super-8 in the middle of the 70s and made a reputation for himself in the underground movement of La Movida Madrileña. In post-Franco Spain, he tackled subjects that were previously taboo (drugs, adultery, perversions) from his first feature film Pepi, Luci, Bom and the Other Girls on the Heap (1980). It was in Kika, a film along similar lines in 1993, that his attachment to pop art could best be seen: costumes designed by Jean-Paul Gaultier with an assortment of tawny backgrounds. With All About My Mother (2000), Almodovar won prizes and started a collaboration with the actress Penelope Cruise and that would continue into Volver (2006), the prize for collective female performance at the Cannes Festival.

Pedro Almodovar's latest creation. It's not a film but an exhibit at the Cinémathèque, in Paris. Objects, pictures, paintings that he himself loaned to tell the story of his life and his sources of inspiration. Marie-Jo Jouan, Mathieu Dreujou.

Prude and discreet, it's hard to believe. Yet, Pedro Almodovar, 57 years old, is like that in real life. For the first time, he was willing to reveal the flower of his secret, a fragment of his intimacy through a flashy labyrinth of sounds, images and personal objects. A universe splattered with crimson.

[Spanish] Red is the colour of passion, of blood, of fire. The colour of intense and baroque things. It goes very well with my characters.

Like Women on the Verge of a Nervous Breakdown. Their origins can perhaps be found in this suitcase belonging to a boarding house student from Mancha who was raised by friars. His family is his only reference point, pictures line up his work, a loving mother that he fully depicted in his films, an authoritarian father, two sisters and a brother who has become his producer. At 8, he was already writing.

All the little notepads that he has were already skeletons of fiction, of tales in which he projected himself. As a teenager, he says that he was a bit of a recluse and that he had an overactive imagination that led him to tell unrealistic stories.

Since Franco closed down the only cinema school, he worked for 12 years at the telephone company, a source of inspiration that allowed him to purchase his first Super8 camera. Provocation above all. The son of the movida doesn't hide his homosexuality.

Paradox: only women inspire him. Actresses that have become favourites punctuate a filmography that has become cult. A return to the roots followed by a conversation on the benches of the Cinémathèque. A student asks him why the French like him so much. He answers:

[Spanish] Let's just say that the French can't resist me and it's quite nice to not be able to be resisted by someone.

This love is the reason that Pedro Almodovar has agreed to talk from his own bedroom in Madrid. On his iconoclastic bed, a reflection of his obsessions: carnal love and death to close out this intimate career.