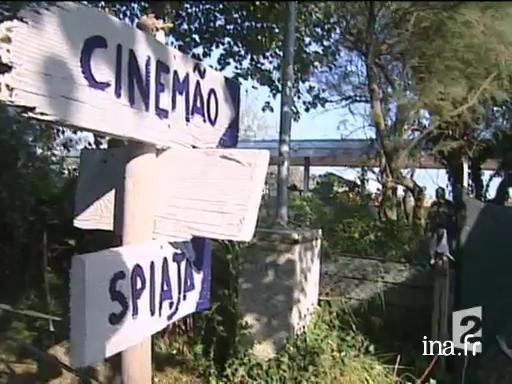 Report on the 61st Mostra of Venice, with a formula that has been rejuvenated and enriched by its new director, Marco Muller, with new off events.

La Mostra in Venice, created in 1932, is the oldest international cinema festival. Taking place in September during the Venice biennial, La Mostra takes the role of a glamorous and popular meeting point, attempting to celebrate the best works and the most original authors of the seventh art. Akira Kurosawa (1951), Michelangelo Antonioni (1964), Gillo Pontecorvo (1966), Louis Malle (1987), Krysztof Kieslowski (1993), Ang Lee (2005, 2007)... all among the list of filmmakers rewarded with the prestigious Lion d'Or, given to the best film on show.

Like other artistic exhibitions, La Mostra is influenced by current affairs and political events of the moment. In the 1930s the fascist governments did not hesitate to impose their selection (it was a reaction to this mismanagement that gave France the idea of another festival in 1939, the future Cannes Festival). After the anti-establishment movements of the 1968, no further Lion d'Or were awarded until 1980.

In 2004, the organisers authorised a space for expression for the young alter-globalists. Finally, in 2007, the Iraq conflict theme was at the heart of the programme: on its 75th birthday, this most aged of festivals proclaimed its openness to the realities of the world while representing the voice of artists and its ever listening ear for the public.

Venice, its gondolas, its canals and American stars, in the spotlight today: John Travolta and Tom Cruise. With, in addition to this sixty-first edition of the Mostra Festival, new events and screenings for the public, an "in and off" festival, as in Avignon, here's what Marie-Jo Jouan and Patrick Voigt's report shows us.

Along with a girlfriend, as they say in the gossip columns, Tom Cruise, who's here to present "Collateral", almost made us forget about the films in competition. Just like John Travolta and pretty jury member Scarlett Johansson, who came to preside over a party supporting the fight against aids. That's all for the autograph hunters and the glamour of this year's Mostra Festival. As for the films, the gloss and glitter of the big American productions, showcases as luxurious as the prestigious Lido palaces. But also innovation, with a new director comes a new Mostra, Marco Müller was able to rescue the most senior of festivals in four months. New section and even a reserved space for anti-capitalists.

In fifteen days, they've invented another parallel section. There will therefore be a global beach, where Italian entertainers will present a series of screenings and debates that will represent another genuine counterweight to the films that we have.

Stone lion and pirate flag, the mood is set. They are about a hundred, especially youths that came from Venetia, to transform this beach that has been abandoned for ten years - it belonged to the police - into an entirely free mini off festival.
(Silence)

The pinguins on the red carpet have come to show off. When we're on the red carpet, we'd like to convey other things. That the contract workers are citizens just like everyone else, that the poor have the right to a minimum salary, that we shouldn't pollute the planet, and that we're against war.

Their motto: occupy, resist and produce. A few film-makers have accepted that their film be screened here. There is a surfer and good-time atmosphere, something totally new for the Mostra.