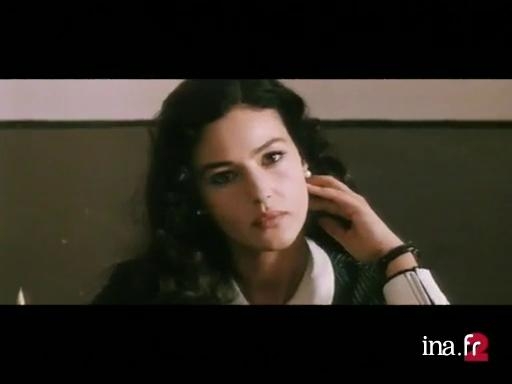 On the occasion of the release of Giuseppe Tornatore's Malena, which won an award at the romantic film festival in Cabourg, an illustrated portrait of the star actress Monica Bellucci, from her early days as a model to today.

The Italian actress Monica Bellucci, born in 1964, started in her youth as a model to pay for her law studies in Perugia.

It was only in 1992 she was revealed to the world in the role of a sensual vampire by Francis Ford Coppola (Dracula, 1992). While filming The Apartment, which earned her a César nomination, she met the actor Vincent Cassel whom she married and with whom she would film Dobermann, Irréversible and Agents Secrets.

Her international career (she appeared notably in The Matrix, The Passion of the Christ and The Brothers Grimm) didn't stop her from filming in Italy. Malèna de Giuseppe Tornatore (the author of Cinema Paradiso) offered her the lead role: a beautiful war widow who, in Sicily at the beginning of the 1940s, were subjected to the covetousness and pettiness of her entourage. The adolescent who fell in love with her offers her some unexpected help. Since then, Monica Bellucci has only filmed in Italy (Napoleon and I by Paolo Virzi and Manuale d'amore 2 by Giovanni Veronesi).

Cinema, with the release on big screens of Giuseppe Tornatore's "Malena", which was a winner at the Cabourg romantic film festival. Monica Belucci's spectacular beauty in this film, which takes place in Sicily during World War II. Monica Belucci will play Cleopatra in Alain Chabat's next film and will also be playing in Matrix 2. Monica Belucci, who is our guest, has become a favourite with directors. Marie-Jo Jouan and Patrick [Gouard].

Bewitching charm, devastating sensuality, step by step, film after film, Monica Belucci, the twenty-three year old bombshell doesn't leave anyone indifferent. When she makes herself comfortable in a film or in the street, emotions heat up. In Giuseppe Tornatore's film, she is Malena, a young solitary woman on her own during World War II, a victim of lust and jealousy because of her excessive beauty.
(Music)

The beauty comes from fashion. And when you're a top model, everyone knows that it's not easy to have an intelligent presence on the big screen. A sudden turn that was well orchestrated, Coppola turned her into a vampire that leaves you breathless. Four years later, a césar award for Gilles Mimouni's "L'Appartement". She meets Vincent Cassel there, who's now her husband in real life. As if to provoke, Jan Kounen turned her into a deaf and mute killer in "Dobermann". A tender lesbian in "Mauvais Genre", a labourer in "Come mi Vuoi", she takes on with talent Romy Schneider's role in the American remake of "Garde à Vue". Film-makers have already figured out that she's not just pretty.

Monica is someone natural, someone that puts you at ease, and it's important that when you meet someone like Monica, you're at ease in front of her. And she's someone that's easy to build a good rapport with.

Same complicity with Christophe Ganz, director of "Brotherhood of the Wolf", where Monica Belucci plays a nefarious black angel. She says that what makes a woman feel desirable, is not being watched by millions of people, but by the man she loves. In "Malena", it's an adolescent that falls under her charm, in an Italian manner, like all of those who made her dream when she was a child, Sophia Loren, Gina Lollobrigida, Claudia Cardinale and Silvana Mangano.