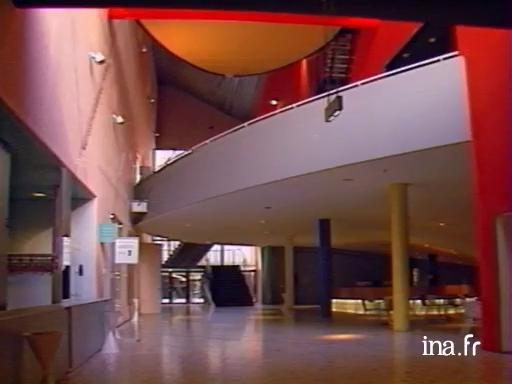 Presentation of the Euralille project and interview with its architect, Rem Koolhas, in his research consultancy in Rotterdam.

Unavoidable figure of the contemporary architectural avant-garde in his writing as much as his radical projects, Rem Koolhaas has developed a method allowing for a mixture of programs and interconnections of flow. Using a raw vocabulary of materials and contemporary ones too, he's attracted by chaos theory. He notably completed the Maison Floriac in Bordeaux, Nexus Housing in Japan, the Kunsthal in Rotterdam and the planning of Euralille. His projects have been exported all over the world and influence the new generations. He is currently building the CCN headquarters for the TV station in Beijing, with an area of 575,000m².

First a journalist for theHaagse Post, he founded the OMA (Office for Metropolitan Architecture) in 1975 in London after having completed his studies at the Architecture Association. He became known for his worksDelirious New Yorkin 1978, a retrospective proclamation in Manhattan, andS,M,L,XLin association with the graphic artist Bruce Mau. Today the OMA has over 300 collaborators and 6 associates (Koolhaas, Scheeren, van Loon, de Graaf, Alkemade and van der Chijs) whose activity is centred around large construction and planning projects. Its equivalent AMO developed research and design for the group in multi-discipline domains such as sociology, technology, media and politics, publishing numerous works. Several prizes have been awarded to Koolhaas, of which the Pritzker Prize, the Praemium Imperial, the Médaille d'Or from RIBA and the Mies Van der Rohe prize.

Rotterdam, the second metropolis of the Netherlands. The OMA agency, run by 44-year-old Rem Koolhaas, a teacher in the United States, is located on the 7th floor of a tower. Today, he's one of the 10 most sought after architects in the world. Here in this cosmopolitan world with multiple influences, the average age is 32-years-old. For the first time, Rem Koolhaas has accepted to reveal what his project is for Lille. Here is the latest and newest model of the International Business Centre.
(Music)

As a reference point: the current SNCF train station, which will be the western limit of the project. In the centre, the half-buried future TGV train station. Between the two train stations, a triangular two-story forum with offices, stores and approximately 1,000 apartments. Overlapping the railroad tracks, the future Convention Centre will occupy approximately 30,000 square metres. On the southern side, a building will accommodate one of the Mitterand working sites, probably a museum about the city. Here, once again, a housing zone. More towards the north, a new park area covering approximately 10 acres. And finally, the most controversial item of the housing project: the construction of 3, maybe even 5, 9-story towers lined up over the TGV train line, a style that contrasts with Lille's architecture.
(Music)

There are many different relationships possible between what exists and what's new and it isn't always through analogies or through similarities that we're able to achieve attractive or interesting results. I also believe that other ways, such as contrasts, differences, a rupture, can be very positive conditions for a new complexity.
(Music)

Koolhaas is the architect of modern metropolises. His wild projects in New York, achieved 10 years ago are now a reference in architecture schools.
(Music)

High Plain, in western Amsterdam, one of the OMA agency's achievements. 1,400 units of local authority housing in the old dock neighbourhood, linear architecture with a stripped style, designed to be functional and not necessarily aesthetic.
(Music)

Something completely different now. In La Haye, the new "Théâtre de la Dance", a richer feel, which plays with colours and levels.
(Music)

It's very important to be different all the time because all orders are different and besides, through these differences in coherence, everyone always has everyone judge things. There's an obsession for judging things, judging things before they're seen.

With or without Koolhas, work on the International Business Centre should start next year. The first part, the area that's located between both train stations, should be ready by 1993. For the remainder, we'll have to wait another fifteen years.
(Music)