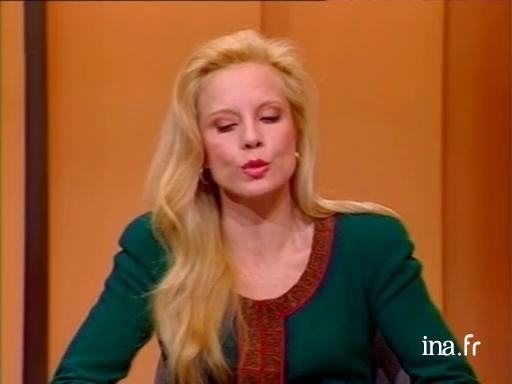 Conversation with Sylvie Vartan, who's back in Bulgaria for the first time since she fled the country at age 7 with her parents. She explains why she has always refused to go to Bulgaria as long as the country was under the yoke of communism, and talks about the pain of exile, the current state of her native country, and her plan to help Bulgarians in collaboration with the Red Cross.

Born on 15 August 1944 in Iskretz, in Bulgaria, little Sylvie Vartan is only eight years old when she emigrated to France with her family. Her brother Eddie, an artistic consultant at RCA, helped her record her first single in 1961, as a duo with Frankie Jordan (Quand le Film est Triste). With support from radio (Franck Ténot and Daniel Filipacchi's "Salut les Copains"), Vartan quickly released albums (Sylvie in 1962, Twist et Chante in 1963) and soon spearheaded the new French 60's musical movement, along with Françoise Hardy and Sheila.

In 1964, she shared the bill at the Olympia with the Beatles, and recorded her biggest success La Plus Belle Pour Aller Danser. In 1956, her marriage with Johnny Hallyday, France's rising rock star, was a genuine nationwide event. The hits kept coming (Comme un Garçon (1967)) but her career got a boost in 1970 when she met choreographer Jojo Smith and her singing evolved more toward an "American-oriented" music-hall and big show style. This sophisticated and very professional style helped her become one of the world's most popular variety music artists of the 70s and 80s.

Elected to the Order of Arts and Literature in 1985, decorated by the National Order of Merit in 1987 and the Legion of Honour in 1998, Sylvie Vartan also received the highest Bulgarian distinction in 2004, the Stara Plamina. She has been the WHO Goodwill Ambassador since 2005.

It's still Christmas eve. A gift, tonight, on Antenne2. Before midnight, from 10.30 pm sharp, you'll be able to watch Sylvie Vartan's extraordinary concert in Bulgaria. It's a show by Maritie and Gilbert Carpentier produced by Dominique Masson. You know that Sylvie Vartan is originally from Bulgaria. She had never returned to Bulgaria since she was a little girl. When the fences came down in the East, she went there. She finally accepted to go there. Hello Sylvie Vartan.

Hello. So, when did you really leave Bulgaria for the first time? I was 7 years old.

7 years old. And you haven't been back there since?

No, never, because, in fact, we left at a time when Bulgaria was completely under a totalitarian regime and I didn't want to lend support to a regime that we were fleeing and that jailed so many people. So when the Berlin Wall fell, I told myself that my return was nevertheless approaching.

Because before, you got several offers to go back?

Yes, many times. And, I always refused. And I didn't want people who knew my parents or my family to come to my concert and then disappear, the next day, because we would have noticed them or... That's what happened at the time.

But, honestly, did you really miss not going back to Bulgaria?

You know, I didn't really miss it because, it's true, it's my parents' country and my childhood is linked to some memories that are dear but also painful at the same time, but I have... I remember this period in a very precise way. And it's true that France is my country. But there is always something in me that's torn away. I mean, we never forget. It's still a pain that's asleep, somewhere, that stays and affects you all of your life. I think that I had it inside of me and that I wanted to go back, even if it was just shadows, a lost childhood...

But in fact, everything went off when you got there. Once there, did you feel a very strong feeling?

Yes, it was one of the most important and strongest times in my life, I think, because...

We're going to see some footage of you in traditional costumes.

They were linked to many things and the current situation, also, of the country, which is in a pathetic state, and the distress of the people who, despite all of this, are very dignified and very generous. That was unbearable. Well, the feelings I had were very complex and contrasted, because these were unbearable living conditions, the stores always empty, as we've been able to clearly see, on Antenne2.

But, in the end, who did you find over there? Distant relatives or very close family?

No, a cousin though, German, with her family. And, of course, you know, the Slavs are very family-oriented. And even friends, we call them uncles and aunts. It's a bit like with the Italians. And all of these people knew my parents. Sofia is a little town, so I felt like I knew them all.

Sylvie, if you're ok with it, we're going to see an excerpt right away, then, of this show that we'll be able to see tonight. Right away an excerpt. We see you singing this exceptional concert.
(Music)

We now know what makes the blonde Sylvie Vartan cry. It was too easy for us, but we just couldn't help it. Sylvie, you have now actually decided to help the Bulgarians. So what have you decided to do?

You're therefore creating an association?

Yes, along with my brother, we thought about creating an association, and it was created on this Christmas day, as a symbol of generosity.

Right away we'll see the address where you can send contributions.

I'd like to specify that I wanted it to be controlled by the French foundation, and that all funds received at this address will be managed by the Red Cross, because these are serious organisations and we know what sometimes happens. I think that when we're generous and we give something, we want to make sure that it goes to the right people and that it's in good hands, and that, I will personally make sure of it. It's very important.

And will you go back to Bulgaria?

Thank you, Sylvie Vartan. Thanks for your generosity. Thank you for coming today, and so, we'll see you later, at 10.20 pm, I think, for your rare concert in Sofia.