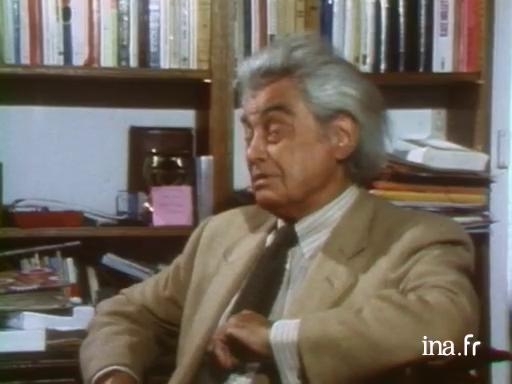 Joris Ivens talks about the birth of his vocation to be a documentary maker.

A key international figure in world documentaries, the Netherland's Joris Ivens (1898-1989) started out by doing experimental and poetic essays on the movement (The Bridge in 1928 and The Rain in 1929) before choosing the more realistic route of testimony.

A tireless surveyor, he never stopped taking into account the world's metamorphoses, giving priority to places that could captivate functioning utopias. Present in the USSR (Song of Heroes, 1932), and also in Spain (The Spanish Earth, 1937) and China (The 400 Million, 1938), Ivens the humanist always stood beside the humble and those that brought hope. However, the "flying Dutchman's" films - Georges Sadoul's expression - didn't hesitate to denounce things, from Borinage (1933), which described miners' conditions, to The Threatening Sky (1967) which discusses Vietnam. His latest work, A Tale of the Wind (co-produced by Marceline Loridan in 1988) takes into account the most beautiful of utopias, telling the story about an old man who wants to film the wind.

"Mémoire d'un Regard", published by Hachette. That's the title of the book by Joris Ivens, one of the great masters of documentary films and of testimonial cinema. Joris Ivens, friend of Zhou Enlai and Mao Zedong, was the only film-maker who was able to film the importance, the huge metamorphosis of China. He has just published his book in France and has left Beijing for a new trip. He confided his souvenirs to Henry Chapier.

In fact, in "La Mémoire d'un Regard", we discover you. For example, no one knew about your childhood or your youth.

So let's recall how this vocation came to you, your family environment...

Yes, the family environment, it's my father. And the photographic and cinematographic business. Selling equipment. My grandfather was a photographer. Myself, I would say, I picked up photography, but now, in movement. So family was always the visual, the look, the photographer. Afterwards, I thought... I indicated my artistic or reporting direction, but I thought that I was scientific so as to help my father's technique and business .

How did the vocation to eventually make testimonial documentaries arise?

First of all, because we have to... First, I made films that were rather aesthetic only and research. Afterwards, the first time, when I really touched upon great events, was in Spain. In the great anti-fascist movement, I was there with Hemingway and we made a film called "The Spanish Earth". And that, that's really... There, I put myself in the events and I saw, afterwards, that... - television wasn't around yet, at that time - but I saw that the big events were only expressed by reports, and I saw that, this isn't enough. It's the surface, the authenticity and it's precisely who and when but not the why. And the human side. So now, I make films. I decided, to make the big events, after Spain, the big historical events of our century and to follow them with a deep truth. Not news, not the immediate report, but something deeper. Why people fight for freedom or why they have, in the development of countries... why, that's the human side.