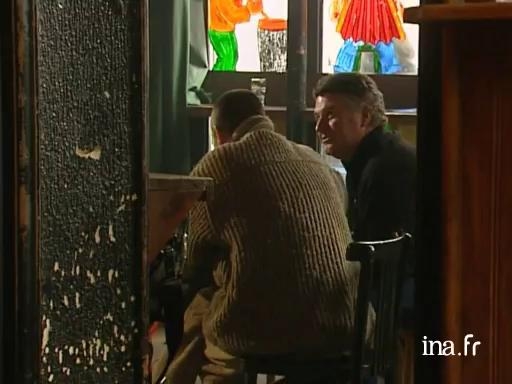 Back to basics for Sinead O'Connor: Irish ballads have inspired many of the songs on her new album. She gives her views on the world's politics and spirituality.

Born in Dublin in 1966, Sinéad O'Connor lived through a difficult adolescence following the divorce of her parents and immediately took refuge in music and poetry. In 1984 she formed her first group (Ton Ton Macoute) and in 1987 met the guitarist from the group U2, The Edge, with whom she wrote the song Heroine for the soundtrack to the film Captive. In 1987 she recorded her first album The Lion and the Cobra in a lyrical melodic rock style and that particularly highlighted the purity of her voice then in 1990 I Do Not Want What I Haven't Got became a golden record thanks to the cover of a Prince song Nothing Compares 2 U.

With her shaven head, her violent texts that denounce the nihilism of the Western world and her antireligious political position, Sinéad provokes, irritates and fascinates. In 1992 she surprised all with a third record Am I Not Your Girl? dedicated to covers of the great jazz and musical standards, then in 94 the album Universal Soldier, refined and moving, came back to her original inspiration. In 2002, after a triple album with the traditional Irish feel (Faith and Courage), she announced her retirement from the musical stage. She did however reappear in 2006 with a record of classic reggae covers (Throw Down Your Arms) followed in 2007 by a conceptual double album entirely made of original songs called Theology.

She welcomes us in a Parisian pub.
(Music)

Ireland isn't far away, you just have to follow the arrow and listen to Miss O'Connor's voice.
(Music)

From her first global success in 1990, she dreamed about revisiting her country's traditional repertoire. Songs that survided through centuries.
(Music)

I love these songs, they wouldn't leave me alone, they rang in my head, I couldn't do anything about it. If I hadn't played them, I would have become even crazier than I am right now.
(Music)

Shaved head, tough attitude and view of the world.

You can't solve questions linked to spirituality through politics. That's the entire problem that exists in Israel, Ireland, the United States, and everywhere in the world. It's the problem of people who want to solve problems whose essence is spiritual. Politics isn't the right medication, it's the cause of the problem.

An album that brings up political commitment, homosexuality, love, the belief in the existance of a holy spirit.
(Music)

Yesterday, she tore up the pope's picture in public. Today, Sinnead O'Connor has put on a smile in her quest.