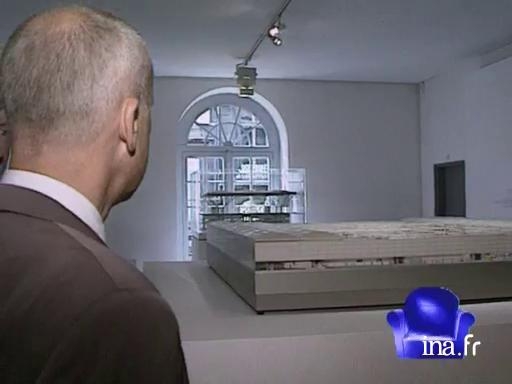 On the occasion of an exhibit of Norman Foster's work in Bordeaux's Lainé warehouses, the architect discusses his ideas about architecture and his creations.

As a young architecture graduate, Norman Foster won a scholarship for a Master's Degree at University of Yale. He met Richard Rogers with whom he founded Team 4 with their respective wives. The Reliance factories project in Swindon laid down the foundations of "high tech" architecture, which they were the authorities of. This current explored technological innovations through prefabricated industrial module repetition, the use of steel, of glass and of high-tension cables, expressing a lightness and refinement of construction processes. In 1967 Team 4 separated, Rogers joined Renzo Piano while Foster and his wife created Foster Associates which has today become Foster and Partners whose agencies work with over 500 collaborators between London, Berlin and Hong Kong. It has assisted Buckminster Fuller, inventor of the geodesic dome, in his theoretical works and his projectAutonomous Housein 1982. Made life peer of the United Kingdom, he took an interest in new relationships between building and its environment, with concern for the ecological impact.

Baron Foster of Thames Bank and of Reddish in the County of Greater Manchester has received over 470 awards such as the Pritzker Prize and the Gold Medal from the RIBA. His projects cover the world, such as the Reichstag in Berlin, Beijing airport, the Hong Kong and Shanghai Bank in Hong Kong, the Millau viaduct, the Carré d'Art in Nîmes and the Millennium Bridge in London.

Fantastic, astonishing, it's an incredible building. And for me, the nicest buildings are those that we have trouble dating. Let's just say that they're timeless.

Yes. Yes, it's very interesting. For example, you have that in a city like Nîmes. Our building faces a Roman building, the Square House, and it's a fascinating dialogue.

This harmonious clash of the centuries, Foster gives another example of it here in Bordeaux. Across from an 18th century neighbourhood, he has designed a low building, comprised of apartments, offices, shops, around an open square. Norman Foster, one of the world's master architects, came to Bordeaux a few days ago to inaugurate an exhibit dedicated to his works. Among them, the Stanstead terminal, near London, where everyone is praising his technical mastery. But Foster warns: technique is only worthy if it serves an idea.

I think that the sensation of light is what's essential. During the day, the light comes from above; at night, it comes from the ground. In fact, it was about humanising an international airport.

The Tower of the Century in Tokyo. Foster built close to a dozen very high office buildings, in steel and glass, throughout the world. His next skyscraper, also in Tokyo, will combine offices on the bottom with apartments on the top. It will be the tallest building in the world, 840 metres high, two and a half times taller than the Eiffel Tower, and it will accommodate 50,000 people. Do you ever wonder how one could live in such an environment? Rest assured, Norman Foster has thought about everything.

In our office skyscraper, the Commerzbank Tower in Frankfurt, we demonstrated that we could control the temperature and the climate. All of our offices have views of the interior gardens, and when people feel like it, they will be able to open their windows over these gardens, like in the old days.

Foster isn't just interested in skyscrapers, as an example, this Morris column in Bordeaux, designed by his agency. Notice the bench where you can sit; like all British people, Foster worries about comfort, someone had to think about it.