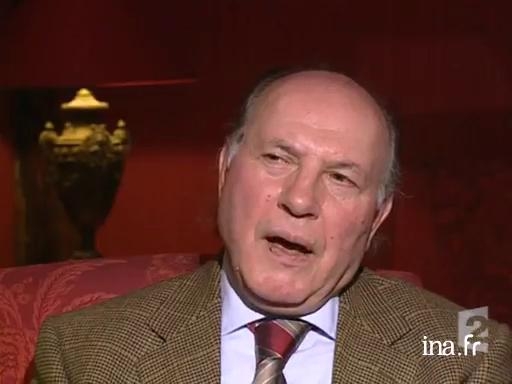 Convesation with Hungarian writer Imre Kertesz, who received the Nobel Prize in Literature, and whose work has been affected by his experience with Nazi concentration camps and by the communist dictatorship.

Imre Kertesz (Born in 1929), a Hungarian author, is from a Jewish family and was deported to Auschwitz in 1944 at the age of 15 years old, and then to Buchenwald. This experience deeply influenced and nourished his life's work. Back in Hungary, he became a journalist in 1948 but left after three years after his country fell under the Stalinist regime. He was then employed in the Ministry of Industry press service. From 1953, he began to translate Freud, Canetti and Nietzsche. He wrote Fateless in 1960, the story of a deported Hungarian, largely autobiographical, which would not be published until 1975.

After Jimmy Carter with the Nobel Peace Prize, we're going to take a look at Imre Kertesz, who was awarded the Nobel Prize in Literature. His prize was also awarded today. He is Hungarian, he's seventy-two years old, he is published in France by Editions Actes Sud. A work that's primarily fed by his deportation experiences. Geneviève Moll, Patrick Voigt.

Here he is at the top, at the age of seventy-three. However, the Hungarian Imre Kertesz has lived a crushing and cruel life.
(Silence)

In 1944, at the age of fifteen, he discovers that he's Jewish amongst other Jews in a Nazi concentration camp. And he doesn't understand the logic that allows this horror.

In this context, one man doesn't understand anything about this world that surrounds him, and becomes autistic.

And he also isn't able to recover from the fact that he came out of the camps alive. How can he in fact survive the guilt that comes with leaving others to die, except through writing. But is writing the right choice when one lives, from 1956 on, under the Hungarian dictatorship and the Soviet yoke.
(Music)

If one can't escape this obssession, creativity, then one can only stubbornly follow this path, writing.

With difficulty, he publishes and continues to explore his negations of mankind, of Nazism and communist dictatorship, but nobody reads his work. In 1990, during the Perestroïka, he finds a German publisher. And his difficult, demanding work conquers the world. Today, Imre Kertesz knows he made the right choice, he was awarded the Nobel Prize in Literature.