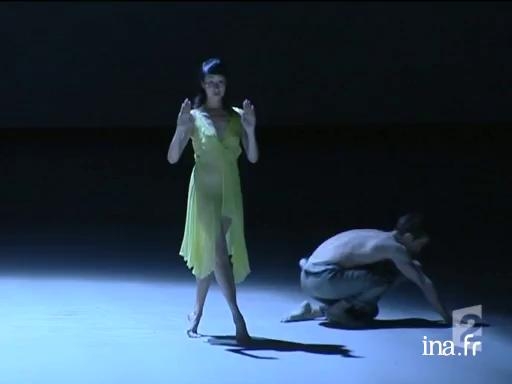 Report at the Montpellier Dance Festival, where Flemish choreographer Anne Teresa De Keersmaeker sets off to work on Debussy's play The Afternoon of a Faun. She explains how she approached this choreography, which was very much influenced by Nijinski's interpretation of it at the beginning of the XXth century.

The choreographer and dancer Anne Terese de Keersmaeker was born in 1960 in Belgium. Trained from 1978 to 1980 at Mudra, a school founded by Maurice Béjart in Brussels, then at the Tisch School of the Arts in New York, she created her first choreography,Asch, in 1980. In 1982 her duoFase, a major piece, began the renewal of contemporary 1980s Flemish music and dance. From there, she worked on the intimate relationship between dance and music, that she treated as a completely separate form, whether it be classic (Monteverdi inOttone,Ottonein 1989, Bach in Zeitung in2008), rock (The Velvet Underground inErtsin 1992), minimalist (Steve Reich) or contemporary (Thierry De Mey), in shows that ceaselessly brought together structure and emotion.

International success was achieved in 1983 withRosas danst Rosas, where she got the name for the Rosas company created the same year and that was in residence at the Théâtre Royale de la Monnaie in Brussels from 1992 to 2007. De Keersmaeker won the prestigious American Bessie Award twice, once in 1999 for her lifetime work and the other at the Japan Dance Award in 1989 forMikrokosmos.

Montpellier's dance festival, with the creation of a Flemish choreographer who, for the first time, has started working on Debussy's "The Afternoon of a Faun", a play that was popularised by Nijinski at the beginning of the XXth century. Isabelle Baechler, Didier Dahan.
(Music)

The real luxury: having a symphonic orchestra at her disposal in the pit, namely Montpellier's, for Anne Teresa De Keersmaeker's creation.
(Music)

The Flemish choreographer, a dancer of course, but also a flute player combines all of her pleasures here: directing the bodies of 14 dancers and adapting, to the nearest fourth of a second, music performed by a hundred musicians. With the conductor, it's truly custom tailored.
(Music)

No more ultra-abstract music. In 2006, Anne Teresa submerges herself in Debussy with delight. As if to free herself from Nijinski's ghost, she started working on "The Afternoon of a Faun".
(Music)

[English] Little by little, we were given historical elements, but the genuine starting point of our work was the simple pleasure of improvising over music without thinking too much about Nijinski.
(Music)

Nijinski's version, it's very beautiful, so I said to myself: "Is it possible to add something additional to it?". The dancers are the ones who really convinced me that we should dare to perform a different version that doesn't deny the past.
(Music)

Don't ask her if she subscribes to a legacy or to a lineage. Flemish choreography has always used all of its energy to develop its own language.
(Music)