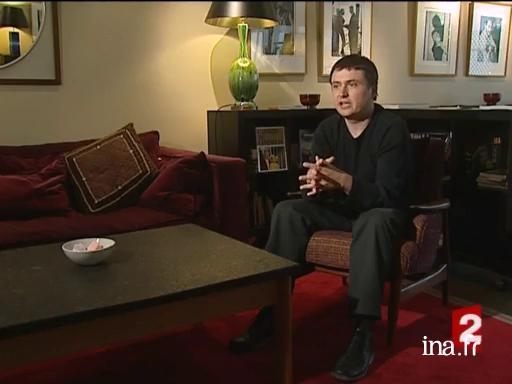 Report on the release of the film 4 Months, 3 Weeks and 2 Days. The film, by Romania's Cristian Mungiu, a Golden Palm in Cannes, tells the story of a clandestine abortion in Ceaucescu's communist Romania of 1987.

Crowned by the Cannes Jury that the Brit Stephen Frears led in 2007, Cristian Mungiu's film 4 months, 3 weeks and 2 days shocked. The filmmaker born in 1968, while still unknown, told the recent story of Romania (1987) by tackling the theme of abortion head-on, a subject that was taboo in the Ceaucescu era. The radicalism of the direction was striking, essentially relying on the length of sequential takes and the creation of a suffocating environment.

The scandal gave birth to a unique and controversial take showing the foetus lying on the tiled floor of a bathroom for 25 seconds. The awarding of the Cannes Prize for National Education, for a while contested by the Minister, would serve to stoke the controversy. The film remains exemplary, as much by the rigour in its editing and a precision of its filming as by the recognition that it gives to a young Romanian cinema whose critical success is growing and growing, from The Death of Mr. Lazarescu (Cristi Puiu, 2005) to California Dreamin' (Cristian Nemescu, 2006).

Cinema... The film won the Golden Palm, in Cannes this year. It's being released tomorrow in theatres. A Romanian film: "4 Months, 3 Weeks and 2 Days", the story of a clandestine abortion in Ceaucescu's communist Romania. Isabelle Baechler, Annie Tribouart.

Gabita and Otilia live in a student dormitory.

Gabita needs to have an abortion, but it's Otilia who is going to take charge of things. We're in Bucharest, which is policed by the Securitate in 1987.

The Romanian reality exposed plainly by Cristian Mungiu captivated the Cannes jury. And for Romania, it was almost a nationalist revelation.

When I came back, I read articles that said: "We won the Golden Palm; the only thing that we need now is a Nobel Prize".

Since 1966, abortion is a crime in Ceausescu's Romania, and this situation can lead to the worst extremes, especially when the angel maker is a unscrupulous man.

A very beautiful film depicting the solidarity of 2 young women who stick together against a wicked society.

That very night, Otilia has completely changed. She has learned so much. It's true, she loses her innocence but she understands the world so much more.

Cristian Mungiu's minimalist camera lacks judgement. It asks all the questions and leaves it up to you to find the answers. This surely deserved a Golden Palm.