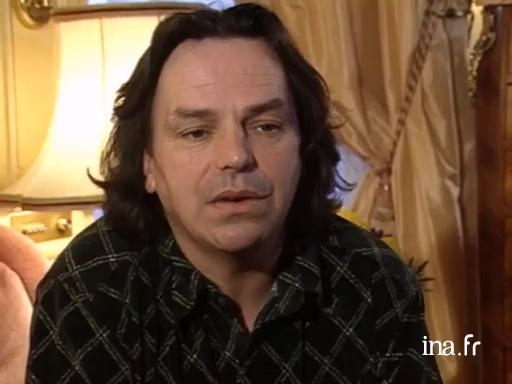 Extracts from the film Michael Collins alternated with an interview with Neil Jordan about his main character and his role in the history of Ireland and guerrilla warfare at the international level.

The stunning career of Neil Jordan, Irish director born in 1950. First a author and scriptwriter for John Boorman for Excalibur (1981), from 1982 he created, between Great Britain and the United States, a composite and unclassifiable work from which the two great successes - The Company of Wolves (1984) and Interview with the vampire (1994) - show his richness and ambiguity.

If Jordan is more often attached to the cinema in genre in which he enjoys subverting and mixing codes, playing on psychoanalytic variations or disturbing psychologies (The Crying Game, 1992), the other part of his filmography, more formally academic, isn't lacking in interest either. Michael Collins, a historic film from 1996, Lion d'Or at the Mostra in Venice, picked up the torch of the national cause by painting a rigorous portrait of the hero of the Irish cause. But it is without a doubt Breakfast on Pluto (2005), not shown often enough and unjustly underestimated, that is the film resume of Jordan's work, provocative, eclectic and passionate.

Enlisting in the same army. Sending us like cannon fodder to the Somme. But... We have a weapon, more powerful than the entire Empire's arsenal! And this weapon is refusal!

[English] He's a very popular and charismatic character. The Irish recognise themselves in him. Most of them came from the same social circle, very poor, rural, small farmers, self-taught. I think that at that time it was the individual with which the majority could identify with.

If they shut me up, who will replace me?

Michael Collins is the one who invented the guerrilla warfare that we now know. We owe him a lot in this area.

For the Intifada, you mean, for the model of the African National Congress.

Absolutely, yes, for the Intifada, the German movement, the French Resistance, even if it surprises you. Because De Gaulle was inspired by his tactics during the Nazi occupation. He was the first resistant organised against a country's occupying army.
(Music)

Kitty Kiernan was a woman who came from a higher social circle than Michael Collins and Harry Bowland. Her father, her family had a hotel in the city of Granada. She wasn't someone that was politically committed, but they both fell in love with her.

You without him, him without you, I have trouble believing it, it's a dual race.

Michael Collins's life resembles a classic tragedy. He had a mission, he fulfilled it without consideration for himself. He did what no one else did before him. He truly chased the English out of Ireland. And then, he tried to change the course of things and wound up executed by the army that he himself had assembled. It's a bit like a parabola on resorting to violence and also on what results from it.