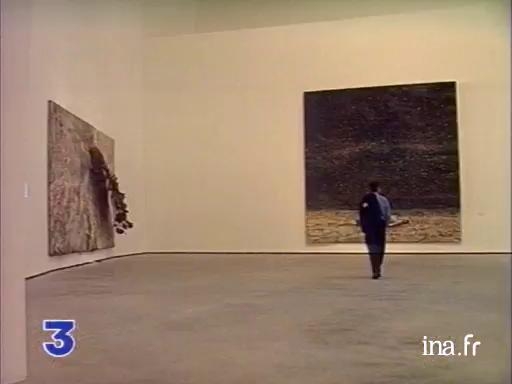 Report on the Guggenheim Museum Bilbao on the occasion of its inauguration. Conceived by Frank Gehry, who was inspired by Fritz Lang's film Metropolis, this museum is a collection of all art of the XXth century and is funded by the Solomon R. Guggenheim Foundation, which will be in charge of the exhibits and will present its New York and Venice collections. Also, interviews with architect Frank Gehry and with Thomas Kreinz, who is the director of the Solomon R. Guggenheim Foundation.

Opened on the 17th of October 1997 in the city of Bilbao, the Guggenheim Museum wants to bring together the collection of important works in the domain of modern and contemporary art.

Financed by the Basque government, the General Council of Biscay and the American Guggenheim foundation, the museum also aims to restore the prestige of a weakened region by terrorist acts and economic and industrial crises. To further establish the cultural influence of the museum, its creation was entrusted to the American architect Frank Gehry, designer after Weisman Art Museum (Minneapolis) and of the Dancing House in Prague.

The result takes the form of a structure in glass and waving titanium, ingeniously designed to capture and allow the light to penetrate the exhibition rooms. Over 2500 works from the 20th and 21st centuries make up the collections and attract, 10 years after its opening, over a million visitors per year. Thanks to this flow of tourists, the Basque country has been able to come back with dynamism while offering a popular cultural centre of reference.

In Bilbao, in Spain, the police is rather active after the week's events and on the day before the inauguration of the new Guggenheim museum. The opening of this museum, it's an event. It's the biggest of its kind. It cost 100 million dollars, the price that Spain wanted to pay to change the image of the Basque country which is in the middle of an economic, political and social crisis. Report: Georges Tourlet, Gaetane Ovira.

This glass and titanium flagship with galactic appearances as though it were ready to cast the moorings reminds us of the industrial and maritime past of Bilbao. It symbolises the end of the trip, of the century, and it especially wants to give foreigners a different image of the Basque country than that of a terrorist tragedy.
(Music)

Entirely conceived by computer processing with no archtectural drawings, it's Metropolis, the pre-war expressionist film by Fritz Lang who inspired its author. But when the time came to erect this sculptured museum, the Basque reality also weighed heavily.

[English] My friend Buren, suggested to me, a few years ago, that I make something, here, that's solid, indestructible, that takes into account the history of this country, this city, that is a symbol of peace, that is useful and that says: "I love art". For this reason, I built you this museum.

Here, all of the XXth century's art will be presented. All the trends, the essential works of cubism, Matisse, Picasso, of abstract expressionism, Jackson Pollock, pop art or informal art by Chillida and Tapiès, the two great living Spanish artists. This museum will be Basque, but also American, since it will carry the Guggenheim brand. The foundation will be in charge of the exhibits and will present its collections from New York and Venice.

[English] We have a significant collection of works that have never been able to be presented due to their monumental sizes. Well, thanks to this museum, they will finally be known.

But one major monumental work will unfortunately be missing here: Picasso's Guernica. So as to not stir up controversy, Madrid refuses to lend it. Its spot, however, is already ready here, guarded by Brancusi's Adam and Eve.