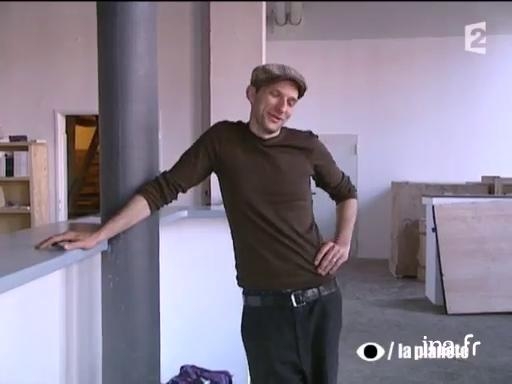 Leipzig has become the centre of a new artistic school whose canvases are sought after by American collectors.

Self propelling phenomenal and true nest of talent, the New Leipzig School has reached great heights on the art market. For over a decade, painters in this ex-GDR town have had a dazzling success, new darlings of New York galleries that fight over them. This international infatuation was started by the politico-cultural situation of re-unified Germany, where the young generations were eager to express their sensitivity.

It was this ambiance that transpired in the paintings of the Leipzig School, as well as a certain urban nihilist spirit that can be found in the tags on the Berlin wall. Former highly esteemed centre of hagiographic painting of social realism, the New Leipzig School willingly renewed itself with a new East-German working class imagery.

It was Neo Rauch who was first to open the breach in the middle of the 1990s with his large format works that display characters from the old GDR carrying out improbable acts. In the neo-pop vein, numerous Plasticiens from Leipzig use it on a daily basis and on air, via images from the press or on television. In any case it's less a style and more of a geographical origin and a speculative enthusiasm that makes up the common denominator of these young painters.

In the east, a lot is new. Leipzig, 170 kilometres away from Berlin, is a city known for its great composers, from Bach to Wagner, but also for its painters. However, according to the New York Times, this city will have become the centre of the first artistic phenomenon of the 21st century.
(Music)

Everything blew up at the end of the 90s, paintings from the school of Leipzig were selling for as much as 300,000 euros, they were flying off the shelves like hotcakes.
(Music)

This painting, it's leaving for Chicago, that one over there is going to Antigua, and the small one on the side is going to Luxembourg.
(Music)

In general, all of these works are being exported worldwide.
(Music)

Collectors are literally dashing for these works, some of them aren't even finished yet. With this painter, for example, there's a waiting list of 80 people, and guess how long it would take to sell this painting if was to be exhibited?

The school of Leipzig, a sure thing, so sure that the Americans are taking them on by storm. Those people over there decided to settle here. They moved their works of art out, from Brooklyn in New York to Leipzig, the place where you have to be. They're inaugurating tomorrow, but without any stress.

There are people that they had trouble drawing to Brooklyn, who lived in Manhattan, but here, it's easy to get them to come. The only thing we're missing here is a runway for helicopters, but we're thinking about building one, maybe on the roof of building 14.

Leipzig is already legendary, but it's true that rich collectors can come to do their shopping by private jet.